The greatest thinkers in the world – the philosophers – have been sharing their wisdom with the regular folks ever since the dawn of mankind. This is a way of living, a motto if you will, and its teachings have turned the planet into a better place. Today we’ll discuss the TOP 10 best Philosophical movies for all time.

Yes, the film industry (Hollywood in particular) really loves to create all kinds of thought-provoking, educational and simply mind-bending stories that get stuck in your mind and linger on for a very long time. So, without further ado, let’s see what’s in stores for us in this mini-genre, shall we? 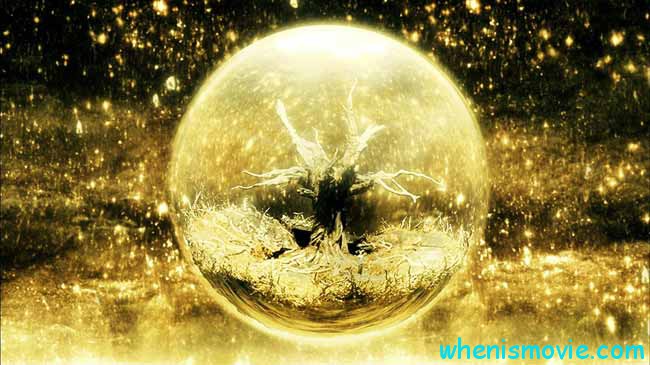 The main character of this tale is lost between reality and an imaginary world. He’s desperately trying to figure out the difference but fails every single time. At the end of the day, what are dreams really made of and what do they represent? Finding a way to wake himself up is the man’s main priority. On this journey between life and death, he talks to strangers and asks the same philosophical questions that take him nowhere. The answers are hidden somewhere within, deep inside.But can he control his own dreams, learn the meaning behind them?Waking Life is one of those films that you need to watch only if you’re in a certain, let’s say, meditative state of mind.

There’s a tiny town in the middle of nowhere. It’s home to a mysterious place that the locals call The Zone. They say the aliens have taken over the area and there’s a room somewhere on the other side that can make any man’s wishes come true. The authorities have declared it a restricted area and sealed it off.

The soldiers are patrolling the perimeter 24/7, and nobody can enter The Zone. Still, there are some adrenaline junkies who put their own lives at risk for a chance to see the room with their own eyes. The Stalker, a man who knows this place like the back of his hand, agrees to guide a writer and a professor into the very heart of it. Of the TOP 10 best Philosophical movies for families, this one is a no-brainer.

Welcome to America, 1941. Barton is a screenwriter and he arrived in Hollywood to work on a brand-new film. Unfortunately, he’s struggling with a serve case of writer’s block. He can’t come up with anything good and keeps blaming himself for it. Charlie,the man who stays in a hotel room right next to him, offers the troubled fella his help. However, Barton gets himself involved into all kinds of trouble instead of sitting at a table all-day-long and trying to come up with something good. They hired him to deliver a script for a hilarious B-movie; yet, he can’t get himself to write even one page without throwing it into the trash can. It’s safe to say that Barton is on the brink of devastation and wishes he never took this gig.

2020 is right around the corner, and LA is slowly but steadily falling into the abyss. Rick used to be a police officer, but now he’s what they call a “Blade Runner”. His task is to put down rebellious androids – robots with superior AI – that take the appearances of real humans. And when a group of replicants starts a mutiny and turns the city blocks into a disaster, Rick’s ex-boss asks him to postpone his retirement and locate the rebellious androids.

The hard-boiled cop takes ’em all out except for Rachel, a robot that he falls in love with. The man hates the machines more than any other person in LA, but this quest makes him question everything he thought he knew about them. The list of best Philosophical movies to watch would simply be empty without this iconic blockbuster.

Jean-Louis, the hero of this resonating story, is a good-hearted, devout Catholic who follows God’s orders and leads a proper life. He leaves the big city and moves into a tiny town to make Francoise, a beautiful young woman, his wife. But when one of his childhood friends invites the man to pay Maud – a single lady – a visit, everything changes.

He spends the night in her bedroom, talking about every single topic that bothers him. This philosophical journey brings them closer together, or maybe that’s just what Jean thought? The next day, he meets up with his wife-to-be and tells her about his true feelings. He used to be a strong believer, but, after the night in the divorced woman’s house, his faith in himself weakened.

Joel is just an ordinary man trying to make a happy living in the big city. After his lovely girlfriend decided to erase every single trace of him from her head, he was devastated. Soon, he did the same, and now they’re complete strangers. Well, not really: it doesn’t all go away instantly. As he witnesses the memories of Clementine disappear into thin air, he discovers that the feelings are still there – he loves her just as much as before.

But what if it’s already too late and they’re destined to be separated forever? Is there a way for him to fix it, to right the wrongs? Eternal Sunshine is a truly grandiose film, a story that will haunt you long after the ending credits. Definitely, one of the TOP 10 best Philosophical movies to watch. If you haven’t seen it yet, make sure to do that in the nearest future.

Thomas is a regular fella working as a system administrator. His real passion is hacking, and he spends his nights doing all kinds of illegal stuff. He’s been waiting for a sign for so long that doesn’t even believe in it anymore. However, Trinity, a legendary hacker, contacts him via back channels and introduces him to Morpheus – the leader of an undercover organization. He opens Neo’s eyes to the reality and shows him that the world is nothing but a fake, a matrix created by intelligent machines that want to turn humanity into their slaves. We are living in a program, a virtual reality, and the only way out is war. His new friends teach Neo how to channel his inner strength, turn into a hero.

If you’ve been looking for a mind-blowing film, an adventure that will make your head spin, make sure to take a look at Memento. It’s one of those movies that you simply have to watch. Leo’s precious wife was killed by a thug, and the man won’t rest until he brings the vagabond to justice. But there’s a problem: he can’t remember anything that happened yesterday, and even notes can’t help him figure out what’s going on. So, how the hell is he going to track, locate and defeat the murderer if he fails to remember what he did before falling asleep? Of the TOP 10 best modern Philosophical films, Memento is a standout cut. You might not understand it after watching it for the first time, though!

Tom is desperate: he’s losing his wife to an unknown disease and is ready to do whatever it takes to heal her. He lives in the 21st century and there’s not much the medics can do for her. However, there is an off-the-books research that might be the solution he’s been looking for this whole time.

It has something to do with a conquistador who was looking for a special tree that the Mayan folks considered to be sacred. It was the tree of life and could cure every single disease. At the same time, in the future, the tree is decaying, and Tommy, a man who travels through space, tries to find a way to bring it back to life. These stories are connected to each other and talk about the all-conquering power of love.

Marcello calls himself a writer, but he’s actually a tabloid journalist and doesn’t get any respect from his big-time colleagues. The only thing that he’s good at is catching famous men and women in embarrassing/scandalous situations and publishing the photos for a salary. And, the gent gets really close with his “victims”, and that includes gorgeous girls, of course. He makes them fall for him and uses it to his own advantage.

Now, even though he can’t complain about this luxurious life, Marcello constantly wonders whether he’s in the wrong place and should switch for something more regular. La Dolce Vita is a legendary film, one that should be in your collection.

So, now you know what is the best Philosophical movies. Check out the top-5 and let us know what you think.