Ever since the break of dawn, humanity has been captivated and thrilled by the unknown. That’s just a part of our nature – we love to explore the otherworldly concepts that we don’t even fully understand. In this post, we’ll talk about the TOP 10 best Supernatural movies for all time, the greatest releases that are worth your while.

The genre has been evolving for decades, and today it’s one of the biggest money-makers. Mysterious, gripping, suspenseful and full of tension, these films are capable of gluing you to the seat, making you bite your nails and beg for more. 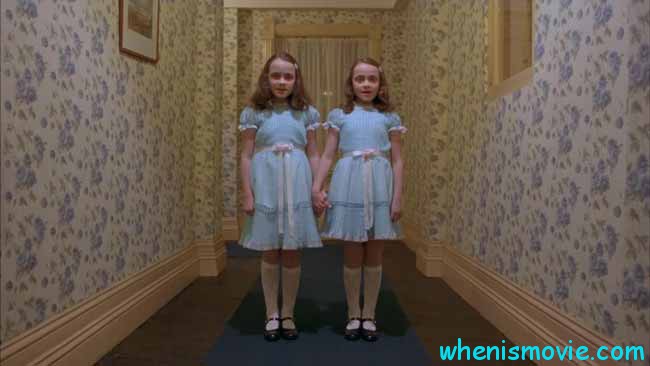 Rivers used to be a thriving architect in love with his beautiful wife and their child that was yet to arrive into this world. Unfortunately, she went missing after a terrifying accident on the road. The cops can’t determine whether the woman died or if someone kidnapped her. A couple of weeks later, a stranger pays Rivers a visit claiming his beloved is dead in the sea and that she got in contact with him through what’s known as EVP. The police do eventually find the pregnant lady’s body – in the sea – leaving the grieving husband with only one option. So, he decides to put his life on the line for a chance to talk to his wife.

Amelia is a single mother raising a troubled kid. It’s pretty hard to raise the boy on her own without a man supporting both of them. Sam, the child, fears that the monsters are lurking around in his room and wants only one thing – to be left alone. Amelia’s friends don’t really appreciate his violent behavioral patterns and tell their children to stay away from him.

One day, the woman finds a book about a monster that lives in the darkest corners of a house and haunts its residents. Soon, she starts to feel that this evil entity is real and tries to burn the book – the source of its power. However, once the monster is out, it’s almost impossible to send it back into the cage. Of the TOP 10 best Supernatural movies for families, this is a solid pick.

Emily, a lovely young girl, died after a ritual, an attempt to free her from the evil spirit that took over her body and mind. She was a regular student and believed that a demon possessed her. Medication didn’t work, so, she went to the local church for help. Unfortunately, the priest failed at saving her and the police officials called him the prime suspect in this case. The man claims that he wanted to help her get rid of the monster that consumed her and did everything he could to relieve her pain. But the cold-hearted juries don’t really believe in his supernatural story. Is he telling the truth, though, or maybe the father had something to do with Emily’s death?

Christmas is right around the corner; a couple of young, energetic students are on their way back home to celebrate. The guy drives through a frozen road and claims that it’s a great (and safe) shortcut. However, out of nowhere, a car runs them off the road and they get stuck in the middle of a snowy valley. It’s freezing outside, and the car refuses to start.

At the end of the day, the students learn that they’re trapped in an otherworldly bubble where a murder that happened more than 5 decades ago repeats itself and takes away new lives every year. The man decides to make his way back to the station on his own two legs, but his wounds start to take their toll on him. Put Wind Chill on the list of best Supernatural movies to watch if you love engrossing tales.

Mr. Crowe is a psychologist who specializes in kids. He’s doing great with his career and has a beautiful wife. But when the mother of a little boy who sees dead folks asks him to help the child, his whole world turns upside down. The only way for Crowe to understand the patterns and to help the young victim is to spend as much time with the troubled kiddo as he can. Obviously, his wife is not at all thrilled about this, but the man simply can’t abandon the boy and his desperate mom. This is the biggest case in his career and he’s the only one who can get to the bottom of it. Along the way, he discovers the real truth about the young lad’s visions. Could it be that it’s all true?

Welcome to 1971: a beautiful family – the man, the wife, and their four lovely girls – move to a shabby house in the middle of nowhere, hoping to start a new life there. They find a mysterious basement, locked tight. And when strange noises, voices, and spirits start to haunt the members of the family, Carolyn, the mother of the children, reaches out to Ed and his partner, the best paranormal investigators in the whole country.

The dynamic duo discovers that an evil witch used to live in this house and has been haunting it ever since she killed her own infant. The Church will need brick-strong proof that an exorcism is due, and so, Ed and his colleague – Lorraine – do their best to collect evidence. Of the TOP 10 best modern Supernatural films, this one’s a safe pick.

George, his lovely wife, and their adorable kids thought that they found just the perfect new home. It was a beautiful house right on the edge of a river with enough rooms, a great view and – most importantly – a cheap price tag. There’s a catch, though: a year ago, 6 people were killed there, but this family doesn’t really believe in all that otherworldly crap. However, pretty soon what seemed to be an ideal house turns into a living hell. The walls quite literally turn into a bloody mess and demons come out of hiding to take their souls. It’s been almost a month, and these folks need to hurry if they want to make it out of this nightmare alive.

The story follows a group of scientists who spend their days and nights studying the supernatural and the occult. But the board decides to say goodbye to them, thus taking away the only “lab” they ever had. Yet, the friendskeep their heads up. As a matter of fact, they take their obsession to the next level.

The fellas rent an ancient firehouse and start a “ghost band” that specializes in tracking and punishing spirits, ghosts, and evil wraiths for a handsome reward. The city is safe in their hands until a gigantic portal opens up and threatens to infect the whole world with never-seen-before evil. It’s time for The Ghostbusters to save the day! As far as the TOP 10 best Supernatural movies to watch go, this one’s right there among the leaders.

Laura grew up in an orphanage and is raising an adopted child with her man. The boy claims that he’s got a couple of friends that only he can see. Naturally, the woman thinks that it’s just the kid’s imagination acting up. At a party she throws for her friends and colleagues, Simon, her adopted son, disappears into thin air without leaving a single trace behind. After that, Laura starts to feel like the house is haunted by ghosts and asks a group of parapsychologists to help her. She only wants one thing – to find her way back to Simon and to protect him from the horrors of this world. But what if he’s gone forever and will never come back?

Jack, a family man, agrees to take care of a notorious hotel for the right price. He takes his wife and son on this trip and together they try to bring the place back to normal. The owners usually close the hotel when winter comes, which means they’re the only people there right now. And when the blizzard traps them in the hotel, the boy, Danny, uses his incredible ability to “render” the place.

The young man learns that the place is haunted by all kinds of ghosts. Danny knows – trouble is right around the corner – but can’t quite figure out what needs to be done. At the same time, Jack gets in contact with the spirit of a man who killed his entire family in one day…

So, what is the best Supernatural movies? You already know!