Among an enormous amount of Prepper films, it is easy to get lost and miss the interesting film. We have selected 10 best movies and put them in TOP 10 best Prepper movies to watch. Each of them, to varying degrees, is the main point in the history of the cinema and each one shows the survival situation from various angles. Choose and watch. 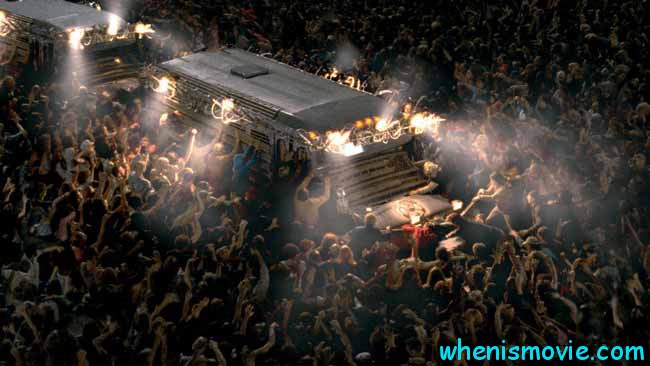 The feature film tells about the world of the future, in which terrible times have come that have fallen upon the planet after monstrous cataclysms. Virtually all human population of the globe was destroyed, flora and fauna were lost. The survivors eat food that comes out of a can and other preserved products made before the terrible tragedy. But some people have become cannibals and such an existence cannot be called good.

In a world of devastation and hunger, on the way to nowhere, the surviving father and his little son try to find food. Once, wanderers are captured by cannibals. The cannibals hold people in the basement of their house. Not wishing to become someone’s breakfast or lunch, father, and son run away. The road is the only goal of their life in the dying world of chaos. Will they be able to remain human beings to the end, preserving their humanity and compassion?

The plot of the fantasy thriller directed by Stephen Soderbergh tells of the rapid spread of an unknown deadly virus across the planet. The international organization of doctors is trying to do everything possible to stop the virus. It all began with the fact that Mitch Emhoff turned for help, as his wife, Beth, was infected with an unknown virus and dies right before his eyes. Just one touch and the virus begins to act on the human body, killing it in a matter of hours.

The US Centers for Disease Control and Prevention only has time to register new cases of infection with a terrible virus. A mass epidemic begins, as well as a general panic because doctors do not have any guesses and especially medicines. In a short time, more than a billion people have been infected with the virus and the number continues to increase. Cities are turning into an abandoned stone jungle, but there are people who know everything about this virus.

A funny horror movie is in the TOP 10 best Prepper movies for families.

A comedy with elements of horror tells the story of a grim future, where zombies rule, and surviving people wander around the world and fight with walking dead. And here are four strange types that include: a curly-haired virgin boy, who dreamed to brush a beautiful girl’s hair, an adult man, fighting against a zombie for the sake of a candy bar and two sisters who dream of finding themselves on the attractions. Against the background of the struggle in this horrible Zombieland, the four cranks constantly get into some comical and ridiculous situations.

The plot of the fantastic feature film tells about the demographic crisis of mankind, which is struck by massive infertility in the beginning of the third millennium. The human race is threatened with extinction, as the last child was born eighteen years ago, this gave rise to worldwide panic and the general madness of people.

The film takes place in the UK, on the territory of which the authorities were still able to maintain order, compared with the surrounding world, where there are complete chaos and cruelty. The hero of the movie Theo Faron, became indifferent to what was happening after the death of his only son and a separation from his wife. However, it is Theo who will have to protect and get to the scientist the pregnant girl, who is the only hope of humanity.

A small town covers a supernatural fog, cutting off from the outside world. A group of heroes caught up at this moment in the supermarket, they must enter into an unequal battle with living in fog monsters.

It is the middle of the TOP 10 best Prepper movies for all time.

In its story, the film tells about alien interference in human life. All people are in a hurry to live, because time is money. We hurry to school, to university, to work, somewhere else, there is no time to relax and look at the starry sky.

The hero of the film Ray Ferrier works as a crane operator, he is divorced and has two children: the girl Rachel and the teenage boy Robbie. In one normal day, there was no danger, but the sky was tightened by a strange cloud, which starts to flash. Residents of the quarter are going to look at a strange natural event, only this is not nature’s thing, but the arrival of aliens. Thus begins the conquest of the planet and the struggle with its population.

The plot of the film tells about three students-hackers, who began to receive strange messages from a stranger under the nickname NOMAND. The guys could not even imagine that in fact, the one who wrote them is not a man, but a real extraterrestrial intelligence. After a while they find themselves trapped, but they miraculously manage to escape. It seemed that the worst was over, but after a while, some secret organization created by the government began to hunt them. Its representatives believe that after contact of students with extraterrestrial intelligence, they pose a huge threat to all mankind…

In the plot of the fantastic action movie are UK residents. They are shocked by the rapidly spreading deadly virus of unknown origin. The population of the country is significantly reduced, hundreds of thousands of people die from the virus. Physicians and scientists cannot find the cause of the virus, as well as a cure for an unknown epidemic. The government does not see any other way out, how to isolate the contaminated area in the hope of extinction of the heart of infection.

For this, a huge wall is built, separating the healthy population from the infected. The spread of the epidemic stopped, but after 25 years the virus appeared again.

The horror film tells of the terrible infection of the population of London with an  virus that turns people into monsters. It all began with the efforts of activists to protect the rights of animals to release laboratory monkeys, on which experiments are conducted. Once out of the cage the wild monkey, infected with the virus, bites one of the activists, which leads to the beginning of the spread of the terrible epidemic of the virus.

A deadly virus is quickly transmitted through the blood, prompting people to commit violent killings. Almost all of England is infected, the streets of London are extinct, healthy people are trying to survive and hide in shelters. 28 days later, in a city clinic, a young guy Jim comes out of a coma who does not understand what is happening in the city.

It is the leader of the TOP 10 best modern Prepper films.

While America shudders at the sudden invasion of millions of dead, a small group of survivors tries to find shelter and protection in the huge shopping center. But how long can they resist the zombie attack?

Hope you found the answer to the question – what is the best Prepper movies?