These days, we are used to all kinds of military films that follow a group of valiant men (like the American SEALS) who complete the most daring missions and save the country and the day. But this time around, we’ll take a look at the TOP 10 best Sniper movies for all time.

That’s right – we will check out what Hollywood has to offer in this subgenre. The truth is, when it comes to the sharpshooters, we usually get far more atmospheric, suspenseful and thrilling releases as compared to the fast-paced, action-charged, yet shallow blockbusters. 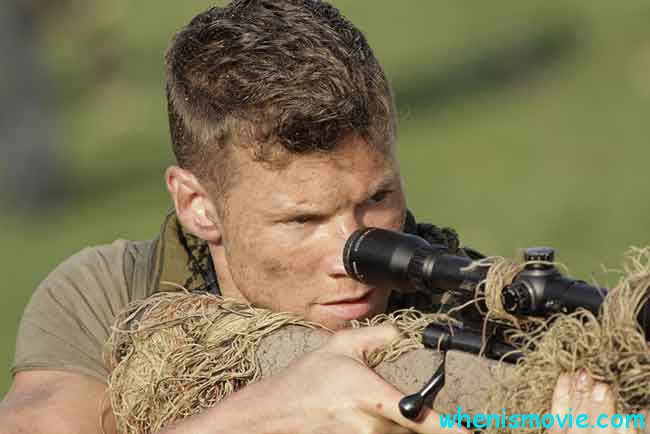 Shepard is a publicist based in NY. The man makes a living on lying to people. He’s well-connected and has been using his natural charm to find his way out of numerous bad situations. He’s got a beautiful wife, but he’s not faithful to her. Stu is foolin’ around with another woman, and that’s the biggest lie in his life.

One day, when he goes into a booth and picks up the phone to talk to Pam, Shepard is contacted with a lethal man on the other side. A psycho and a highly intellectual mercenary, he turns everything upside down. The cops arrive at the scene and tell him to leave the booth. That would mean imminent death for the guy. So, what’s it going to be?

Rath has been killing people for money for as long as he can remember. Now it’s finally time to hit retirement – yes, the hitman calls it quits and wants to start a new life. However, it’s not that easy to say goodbye to this world once you enter it. There’s a new prodigy out there: his name is Bain, and the youngster wants to put the legendary assassin down.

The maniac is ready to do whatever it takes just to prove that he’s the greatest sniper in the world. Rath is left with no choice but to retaliate. Electra, a beautiful woman with incredible computer skills, joins forces with the legendary killer and together they try to beat the new guy on the block. Of the TOP 10 best Sniper movies for families, this is a sure pick.

A team of top-notch Navy SEALs, one of the best operatives in the whole world, had a highly important mission. They were to kill or capture a ruthless Taliban terrorist in Afghanistan. Everything went according to the plan until the locals noticed them and opened fire. This was an in and out type of operation, and the order was to kill the prisoners upon detection. However, the leader of the SEALs decides to keep them alive. The Americans are pinned down, and help is not coming. The enemy is stronger and has more men. The books call it the battle of the decade, an example of true heroism in the history of modern-day warfare.

Ryan, a gifted and devoted agent with the CIA, gets the job of the DDI (Deputy Director of Intelligence). Before he can set up his desk and get used to the new office, the cartels attack the US government. They kill the US president’s good friend and his entire family in a vicious attack. So now it’s Ryan’s job to investigate this incident and figure out who was responsible.

He has no idea that the CIA has an undercover agent working on sight and getting ready to hit the cartels in Colombia where it hurts. Ryan can almost feel that there’s something wrong with this whole thing and that a conspiracy is about to tear the American government apart. Put Clear And Present Danger on the list of best Sniper movies to watch if you appreciate gripping plots, a fast-paced narrative, and great acting.

Riggs is just another police officer in the city of Los Angeles who’s struggling with what’s called “suicidal tendencies”. Roger, his partner, is not really thrilled to work with the crazy guy, but he has no other choice. Roger is 5 decades old and is to retire soon. Riggs, on the other hand, has nothing to lose and is ready to put everything on the line. However, surprisingly enough, they are a pretty great team. The fellas come across a gigantic drug-smuggling operation in LA. In order to pull this off and prove to their bosses that they’ve got what it takes to be the best, these men will have to trust each other – 100%. It’s them against a powerful criminal family, and there’s no room for errors.

There’s an elite sniper operating in the US, and he’s taking out innocent lives, one by one. The cops manage to find the killer and put him in jail. The man tells them to find Jack Reacher and sends the policemen on a wild goose chase. Pretty soon, Reacher comes into the police station on his own and talks to the mysterious sniper’s lawyer.

As he soon finds out, the man behind bars is innocent and someone’s framing him. Who could it be, and what is his endgame? Reacher joins forces with the convict and does everything in his power to bring the real killer to justice. Along the way, he learns that the answers are hidden in the past, back when they all used to serve in the Army. Definitely, one of the TOP 10 best Sniper movies to watch.

Swagger is a gifted sharpshooter and the son of a highly respected and decorated man. But he doesn’t really like the busy city life and prefers to spend his days and nights in the Rockies. He’s not with the US Army anymore. The man left after they abandoned him on an off-the-books deployment in Ethiopia. However, when he is approached by a high-ranking official asking for his help, the ex-soldier agrees.

Unfortunately, after the mission goes south, they put the blame on him without even learning all the details of the operation. Hurt and hunted by the whole country, Swagger falls back and hides in the shadows. He’s confidentthat someone’s been messing with him since day one, and now it’s finally time for him to have his revenge. This crusade pits him against powerful men in the US government.

Welcome to 1942. If Stalingrad, the great Russian city, falls, the Soviets will lose the war, and they can’t let that happen. The Germans are hitting it with everything they’ve got, while the Russians protect every block with courage and gallantry. Zaitsev is a legendary sniper who kills high-ranking Nazis, putting the fear of God in the enemy’s heart.

The Soviet government puts him on the pedestal and publishes his superb accomplishments in the papers, giving the innocent civilians hope. Eventually, the invaders bring their best sniper into the city to put an end to the elusive Russian sharpshooter. This is going to be an epic clash between the world’s most gifted marksmen. Only one man will walk out alive…Of the TOP 10 best modern Sniper films, Enemy At The Gates is a must-see.

Kyle used to be just another regular American citizen in his 30s trying to make an honest living. But the daily routine wasn’t meant for him. The man decided to join the SEALS and become a sniper to fight the terrorists and the foreign invaders. After the war in Iraq started, the army sent them into the heart of the battle. Kyle proved to be quite a resourceful soldier out there on the field, but his real fight took place deep inside.

The horrors that he witnessed in the Middle East haunt him in the civil life back home. It’s extremely difficult for a military man to let go of the past, let go of his demons and focus on what’s really important – his family. The sniper has a wife and kids; yet, after 4 tours, he can’t find a way to reconnect with them.

Beckett is the US military’s pride and joy. A top-notch sniper with unmatched skills in the field, he locates the rebels in Panama and takes them out. The man lost his partners in previous missions but is always devoted to the operation. This time around, he’s working with a marksman – Miller – who belongs in an office rather than in enemy territory.

There’s a rebel leader stationed somewhere in the area, and their job is to find him and kill him. The two fight each other instead of joining forces towards a mutual goal. Still, at the end of the day, they both want the same thing – to complete the mission and to get the hell out of the country. Alright, now you know what is the best Sniper movies. Make sure to come back for more informative top-10 lists!