In the endless ocean of film production for adults, filmmakers of all countries do not forget about children’s films. Their list includes both pictures created during the last century and modern film stories. In the list of our TOP 10 best Hollywood Child movies of 2017 to watch we tried to include the best children’s films of 2017, which teach friendship, love, compassion, honesty, and courage – everything that a child needs to take into adulthood. For the youngest, there is a collection of fairy tales. 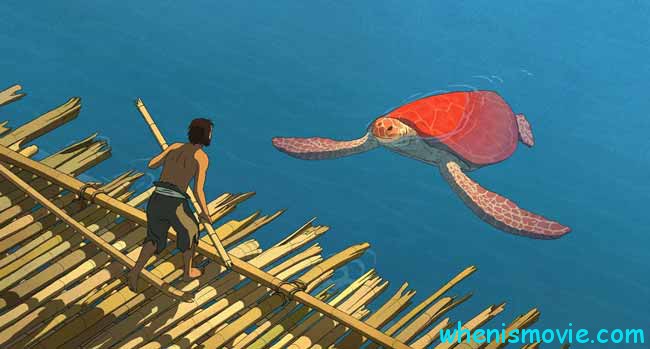 Buster Moon is a big fan of art, so instead of building a career and looking for a way to earn a lot, he opened the theater. Once upon a time he visited this place with his parents, so Buster considered it his duty to revive this culture. For a while he did it perfectly. The performances collected many animals in the hall. Every day the theater became more popular and Moon believed that it would always be so, but eventually the animals gradually began to lose interest in the productions.

Over time, the theater finally ceased to attract viewers. Buster was in an extremely distressed situation, because the profits did not allow him to even pay the actors wages. We must give him credit, because he makes his best, and decides to come up with a new way to attract animals to the theater. Together with their partner Eddie, they announced an open song contest. The winners were supposed to be able to perform on the big stage.

Despite the fact that the theater had bad business, a lot of different animals were gathered for casting. Buster and Eddie listened carefully to everyone and already in the middle of the auditions they realized how hard it would be for them to choose the finalists. In the end, friends had to take this difficult decision. But will their choice be approved by the audience? Will the theater become popular again or will it end?

The Boss Baby The protagonist, seven-year-old visionary Tim Tempolson, was the only child in the family, his parents spoiled him as best they could, arranged surprises, gifts and sweets. And then comes the day when Tim is no longer the number one person for his parents, and all this only because a younger brother appears in the house! The movie is also in the TOP 10 latest Hollywood Children movies 2017 because it was already released.

Many centuries ago, the planet Earth, except people, inhabited also the gods. Sometimes they fell in love with ordinary women, as a result of such unions, demigods were born. The human tribe lived on a small archipelago, lost in the waters of the Pacific Ocean. They lived peacefully, calmly, without conflict. Even then there were various legends. One of the legends says that in the ocean there is a mysterious island where unprecedented treasures are located. Find them can only the person who has the blood of the leader. A young lady named Moana from childhood was familiar with this story. Once she decided to go in search of unimaginable treasures.

Events once again take us to the already familiar heroes, who are waiting for new adventures. It all starts with the fact that Smurfette suddenly understands: she has no destination. The main character does not know how to do anything, and this fact greatly upsets her. But the only girl in the village is not going to give up; she decides to go to meet the unknown in the company of her best friends.

Events unfold around a small orphan who, following the dream of becoming a ballerina, comes to Paris in 1879.

A girl from the Japanese province and a young man from Tokyo find that there is a strange inexplicable connection between them – they begin to “feel” each other through dreams.

Bruce Wayne in ordinary life owns a billion-dollar fortune, but does not refuse his secret activities. Everything about the owner is known only to the butler Alfred. The young man does not have a prejudiced attitude toward the servants. After office work, he has to do night patrolling. The enemies constantly appear new insidious plans in relation to the hero.

Mighty forces of evil have captured a beautiful planet and enslaved the entire universe. But nothing will force Spark and his loyal friends to give up.  If you have a brave and kind heart, an unbending will to win and a dedicated team, every task is up to you! Star mission to save the universe begins. The movie is included in the TOP 10 latest released Hollywood Children films 2017.

A man gets to a desert island. He manages to build a raft, but far to swim does not work – the red turtle stops all his attempts to escape.

It is the leader of the list of Hollywood Children movies 2017.

During the nine years of his life, Courgette rarely felt happy. The boy was brought up by a single mother, who, according to him, most of all did not love him, but beer. Once she dies. Police officer Raymond, who liked Courgette, came to him. They made friends, but the man simply could not leave the teenager at home, he was forced to give him to the orphanage.

The first days in the orphanage became difficult for Courgette: it was difficult for him to adapt to a new life, besides, his contemporaries were teasing him because of his big head. Then the hero still managed to make friends with the guys. Courgette’s life changes when a beautiful girl named Camilla is brought to the orphanage. Seeing her, the hero falls in love. Her parents were killed in an accident, and she was taken to her aunt, who then brought the girl here. Courgette promises Camilla that she will not let the woman take her. Will the children be able to overcome all the difficulties they are destined for?

Thank you for your attention.