The werewolf is known to people as a representative of evil spirits, capable of taking the appearance of a person and beast depending on the time of day and mood. But regardless of the human nature, the beast always remains an animal possessed by a thirst for blood. It can be a dear neighbor and kindest friend, but be sure, if on a full moon someone gets in his way, the meeting will not bring you anything good. In TOP 10 best Werewolf movies to watch, we will introduce viewers to the most diverse aspects of the life of these mythical creatures. 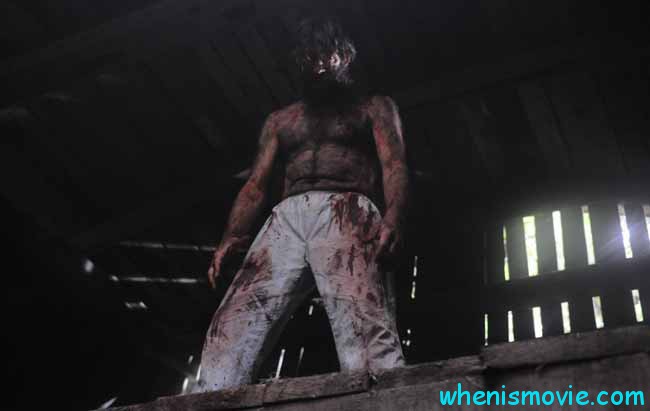 Two sisters – Bridget and Ginger – are very fond of horror films. They often become directors themselves. To entertain themselves, the girls take a home camera, two cans of red paint and go looking for awesome places for their shorts. One day the young heroines go to the dark forest for new stories. Unfortunately, a 16-year-old Ginger is attacked by a terrible huge creature, similar to a wolf with long claws. The sisters could get away and got home. To avoid unnecessary conflicts, the heroine of the horror decided to cover up the incident. Bridget helped her older sister disguise her bite marks. Life returned to its old rhythm – only until the moment when strange things began to happen to the injured girl. Now the horror film became a reality for the sisters.

There are dashing, terrible places in the England, it is extremely dangerous to go there…

The main heroes, two carefree American tourists, were warned about this. But the merry overseas guys did not heed the warnings of the local residents and in the dead of night, illuminated by the light of the moon, they stepped off the road.

Here, in the darkness, they were waiting for an indescribable nightmare, after which one of the Americans was destined to become a terrible ghost, and another – a bloodthirsty werewolf!

The double life of Talan is in the TOP 10 best modern new Werewolf films.

In France, not far from Lyon, the family of tourists was attacked. The father and the little son were literally torn to pieces, the mother remained alive, but very badly wounded. In the hospital, a woman gives testimony about the attacker. According to her, it was a huge man, completely covered with hair. It was easy to find a guilty person from such a description: it was Talan Gwynek. His protection is taken by a young lawyer Kate Moore. The heroine of the film is going to prove the innocence of her ward to the terrible killings, based on his diagnosis.

Talan has a rare disease – hypertrichosis. In addition to extra hair, it causes joint pain and incredible lethargy in behavior. It may seem that a person moves with difficulty. Kate is seeking permission to conduct a series of medical tests that will prove the absurdity of the charges brought against Talan. But during the procedure, Gwynek begins a strange attack, he becomes fierce, turns into a monster with superhuman strength, kills doctors and runs to the city. Kate unwillingly changes her mind. Together with the police, she must do everything to catch a monster walking around Lion…

A fantastic action movie tells about the eternal struggle between vampires and werewolves. Two powerful clans are waging war among themselves for millennia, but all this happens in another world, unknown to man. Both immortal races keep a secret about the fact that both origins began with one mortal man. From the clan of vampires against werewolves, the warrior Selene fights. In order to restore order, she will fight against her own family.

The main heroine of the film is Bridget. Her sister Ginger is dying – she was attacked by a werewolf. She dies, despite all the efforts of Bridget, tried all the means for her treatment. During the battle for her sister’s life, Bridget becomes infected with her blood. What will she do in this situation?

It is the midpoint of the TOP 10 best Werewolf movies for families.

Andy, Chris, and Brad travel around Europe in search of adventures. They find them in Paris, in catacombs – a powerful clan of werewolves dominates.

Brother and sister, Jimmy and Ellie, live an ordinary life. He studies at school, belongs to the category of intellectuals-geeks and, like every half-outcast from the teenage society, dreams of the most beautiful girl of the most notorious hooligan in the town. She works at a local television center and spends all her energies on keeping their small family alive after the death of their parents.

One evening an unusual incident happens with them, after which the guys turn into completely different people. Jimmy becomes strong and confident; Ellie turns into an attractive beauty. But in parallel with these changes, something else is happening, forcing young people to face the truth: they are no longer people…

Larry Talbot returns meets a beautiful woman. On one fateful night, when Talbot accompanies her to a local ball, a mysterious gypsy woman predicts Jenny’s fate…

Will Randal lives a double life. In the daytime, he is a prosperous book publisher, at night – the creation of the underworld, the beast that kills all life.

It is the first place of the TOP 10 best new Werewolf movies for all time.

Two scientists caught on the scene of a car accident, notice that one of the victims is still alive and unconscious. Without thinking twice, they transport him to their laboratory and inject an experimental serum created on the basis of wolf blood…

We hope it gave an answer to the question – what is the best Werewolf movies?